In this text I will analyze current situation and provide foundations for the following four proposals (of course, valid only as BR < 1):

All these changes aim to reduce the USDN emission pressure when SURF are liquidated, and to provide additional protection of collateral.

There is a compromise between collateral protection and market peg. The current swap capacity limitation is soft: swap and arb are much more limited than during normal operation, but can be increased by staking more SURF, which can be issued in unlimited amounts. This moves balance to collateral at expense of an increased depeg. And that is the correct direction. People that prefer to sell USDN in the market generates depeg, but they could have also burn part of their USDN for having swap power. So, from structural point of view, depeg is not bad if it allows a sustainable conservation of collateral, specially for those that work in favour of the protocol.

But in order this principle to work correctly, we need not only to ensure that USDN->WAVES swap is available. It should never results in a decrease of back ratio. In addition, the burning of USDN->SURF must not generate too much excess of liquidation for future that could make difficult to achieve and conserve healthy BR, and at same time allow SURF investors to get back their USDN in a reasonable time. So, there are many factor compromises and this can be a challenging problem.

In my last proposal:

We are going in the right direction, but still some extra adjustments are needed as we check the effects of each update. The rewards differentiation between SURF and NSBT flavors of gNSBT was not enough, because at same time swaps became significantly reduced, so rewards. And the problem I see now is that you need to issue a huge amount of surf in order to have appreciable swap power for arbing. That discourages issuing. Lets do some numbers. The current amount of SURF flavored gNSBT is 92K, w…

I basically tried to show there that the current swap capacity of SURF gNSBT is too small to encourage more SURF issuing, and that the amount of SURF needed to be issued in order to reach a reasonable amount of USDN->WAVES total swap power is unrealizable. So, I proposed there to normalize SURF gNSBT swap power. This measure will turn SURF more attractive, not only in terms of swap power, but it will also generate more arbing and so more rewards. For more details see that document.

The rational behind this proposal is to provide even more incentive to issue SURF for getting swap power, in order to provide additional protection of the collateral. Its effect is an important decrease of swap power, as now most (96.3%) of the total swap power belong to NSBT stakers, However, with the correction of the item 1 of this proposal, the amount of swap will not be reduced by 27 (100/3.7), but by 2.7, because SURF gNSBT swap power will be 10 times bigger. And, as consequence of both 1 and 2, issuing SURF will be much more attractive. As consequence only 2.7 times more SURF will be required to recover current swap capacity, and 27 times to recover normal swap capacity.

The idea with 1 and 2 is, so, to shift all swap capacity to SURF gNSBT. Not only to provide more attractiveness to SURF, but also to ensure that the loss of collateral that implies the burning of USDN->WAVES, be compensated by the increase of collateral through SURF issuing. This is the purpose of SURF, which has difficult to be fulfilled with the current rules.

But still there are a couple of problems to solve (or really one, with two sides). Here I take the concerns provided, may be among others, by two guys from community with whom I discussed this issues. One of the concerns (observed by Polkaris), is the amount of liquidation that the issuing of SURF still implies. 27 times more SURF for achieving a reasonable amount of swap power implies 810M SURF to be redeemed to USDN. A quite difficult number to achieve right now. As SURF liquidation will only be performed as long as BR reaches 1.15 but don’t go below 1 after the operation, liquidation of all issued SURF can take long time. This is still a strong factor that undermines SURF attractiveness. Notice however that, from the point of view of liquidation pressure, it is healthier the WAVES->SURF swap than the USDN->SURF one. In the first case, the increase in waves price partially or totally compensates liquidation pressure. In this sense SURF are like a future exchange of WAVES to USDN at a price near its market price. On the other hand, USDN->SURF swap creates much more issuing of USDN on liquidation than what was burned on issuing. So, it generates lot of new USDN that is not backed by additional collateral.

In addition, notice that if there were 27 times more SURF, and extrapolating current amounts of WAVES locked and USDN burned via SURF, we would lock 12.7M WAVES and burn 51.3 USDN. The increase in BR that these amounts would generate are very small. With current WAVES price, current collateral and current USDN supply, means an increase of BR from 10-11% to 20-21%. Of course, if we expect WAVES to increase price, we can reach the desired healthy BR well above 100%. But we have a circular situation where we may be need to relock important amounts of WAVES in order to make its price to raise significantly. All this lead to an observation made by UniversalBeats: for same amount of issued SURF, BR increases more if all were swapped by WAVES than if it were swapped by USDN. Notice that almost all the increase of BR up to now was due to the increase of WAVES locked. The burning barely affected it, regardless the total value of lock and burn were almost the same. But he proposed to increase number of SURF for each WAVES. That will add even more liquidation pressure, going against our aims.

We need to consider that there are two alternative pathways for USDN->SURF that return SURF at BR price:

This case is probably what motivated the USDN->SURF swap, as the final effect on both are at first glance the same: the net change of WAVES in the smart contract is zero. In the second step you return to the SC, the waves you withdraw in the first one. And in both cases you end up paying BR USDN for each
SURF. However, there is an important difference: in the first step, you not only paid swap fees, but you also needed swap power to perform it. So, under the conditions established by this proposal, you may need to lock more WAVES for getting more swap power. So the two step pathway is healthier.

At first glance this pathway is cheaper than the first one, and as in the first step the WAVES are withdraw from market instead of smart contract, it results in a net increase of collateral. And, one may think, it generates an extra buy pressure over WAVES. But we have to consider the further effect: you are dumping USDN into market, this increases depeg and provides additional pressure for USDN->WAVES burning. So, the net effect on waves price and WAVES lock is disputable. Still, as the final effect is to drive USDN->WAVES burning, as in the first case, it also indirectly implies additional payment of protocol fees and additional WAVES->SURF swap for getting more swap power. Also, as depeg increases, this pathway turns more expensive than the first one, because the cost of buying WAVES on market for USDN will increase, while in the smart contract each USDN worth 1 USD.

So, do we need to provide incentive for USDN->SURF swap? The answer is no. Because we shouldn’t even allow a swap where SURF cost is below 1 USDN. The indirect pathways are healthier and so preferred. Still, we may conserve a USDN->SURF swap at 1:1 rate. This swap will not add extra liquidation pressure, and allow temporal increase of BR. But, why would someone use it, if it can get cheaper SURF via two step pathways? Yes, at low BR, it will be much cheaper to get SURF for USDN using them.

But at BR near 1, the additional costs of indirect pathways may turn more desirable the direct USDN->SURF 1:1 swap. You will not get extra USDN, because at liquidation you will get back 1 USDN per each SURF. But you still gain temporal swap power and fees rewards. So, does worth to conserve this swap only for that case? May be yes, may be not. It is still a use case.

But we can make this kind of swap more useful and attractive even for low BR, and still help with BR recovering. Observe that each SURF is a future USDN, but with an additional property: you can stake them for swap power and swap rewards. So, what if, for compensating the 1:1 rate, we allow that each SURF obtained via this swap, is swapped back to USDN with a different mechanism, for example, via a decay function of, may be 6 months half life, independent of the BR? This would really imply a different SURF token. Also with capacity of being staked for gNSBT. In this way we will really conserve the current SURF for its original purpose: recapitalization only. While we create a separated token for temporal USDN burning, and which its price is always 1 USDN. Let’s call this second token, “uSURF”, for the sake of differentiation in this document.

But, why not, instead of create a new “uSURF” token for this, just create a new type of USDN locked deposit that provides the same benefits? Because such a deposit will not increase the BR. So it will not affect the SURF price nor help for reaching SURF liquidation. And implementing all that logic in a USDN deposit will most probably be more complicated than introducing a new token that replicates most of the features of USDN, except for the swap rate and liquidation mechanism. We can also provide another feature to uSURF that helps the ecosystem:

4. Allow uSURF to be used as collateral in vires.

An additional usability for this new “uSURF” is to allow to convert temporally and without costs in term of liquidation pressure, part of the vires vesting USDN or Sasha’s collateral, according to this proposal: 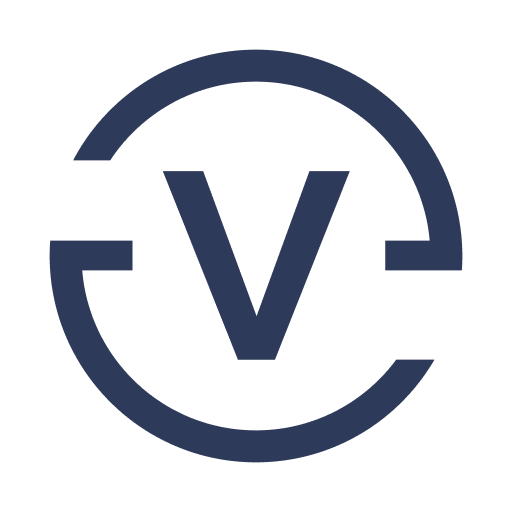 As I explained in a previous article last week, the ultimate cause of the current neutrino crisis is the excess of issued USDN. In that previous article I also mentioned some alternatives to cope with this problem (see note 1 below). One of the...

which includes to list SURF in vires list of assets that you can use as collateral, and the option of reconverting them to SURF. But in this case, it will not be the original SURF, but instead this new “uSURF” I just described. Those deposits, as staked by vires protocol, will not be used for swap power, but will bring additional rewards for depositors, and help the system to improve temporally and in a controllable fashion, the BR, while it improves by other means.

Updates to this proposal

A couple of months ago I made the following proposal: In brief they were: normalize SURF gNSBT swap power disable NSBT gNSBT swap power (yes, this swap power be set zero) USDN->uSURF swap must be 1:1 (uSURF is like SURF but for USDN->SURF swaps only, and with a different liquidation mechanism) Allow to convert vires vested USDN to uSURF, allow uSURF to be used as collateral in vires. I want to insist in the importance of them in order to provide attractiveness to SURF, but with some modifi…